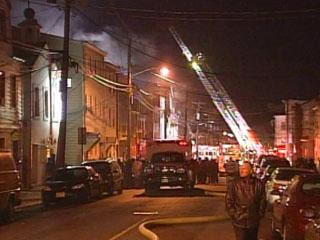 On Oct. 19, 2008, flames swept five apartment buildings on Mill Street and Jersey Street in Paterson, leaving a number of families without shelter. NorthJersey.com said: ``The city’s full complement of firefighters, along with crews from about 15 surrounding municipalities, fought the flames.'' 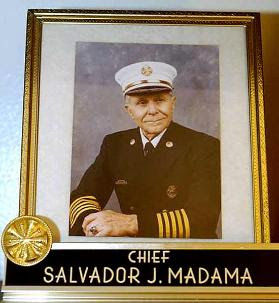 Sal Madama retired from firefighting in 1976. Or did he?

Well into his 90s, Mr. Madama showed fellow residents of St. Joseph's Home for the Elderly in Totowa how to use the extinguisher.

He spent Thursday evenings at local firehouses — "chewing the rag," as his wife, Mary Ann, put it, but also sharing his vast knowledge with far younger colleagues.

Once a fireman, always a fireman. And Mr. Madama, who died Tuesday at 97, had as legendary a career as any.

He joined his hometown Paterson Fire Department in 1939. He was 27, and adrift.

"I had no desire for nothing," Mr. Madama once recalled. "I took the fire test because my friend took it, and I came out 22nd."

Over the next 36 years, he held every position of consequence in the department, all the way up to chief. On his own, Mr. Madama — who had college degrees in public safety and public administration — conducted classes for small-town volunteer firefighters throughout North Jersey.

His mantras were "discipline" and "training."

"Discipline and training go hand in hand," he told volunteers in Denville, according to a 1967 story in the Paterson Morning Call. "Without discipline, line officers cannot carry out orders of the chief. It must be second nature to respond to orders."

As his career was winding down, Mr. Madama became the fire chief in Laconia, N.H. He retired after a year and returned to New Jersey, continuing to teach fire science at the community college level.
Posted by PATERSON FIRE JOURNAL at Monday, October 20, 2008 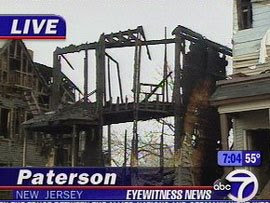 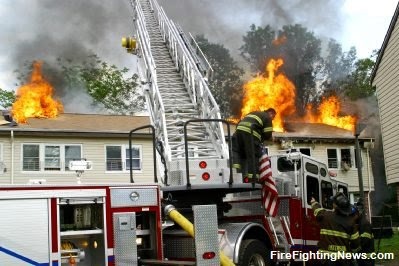 Paterson Ladder 3 at fire at city housing complex in May 2006
Posted by PATERSON FIRE JOURNAL at Thursday, October 16, 2008 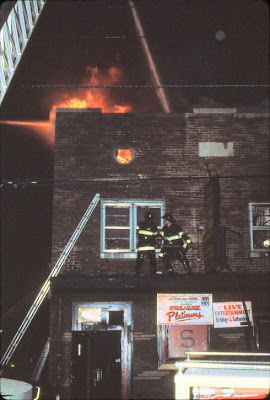