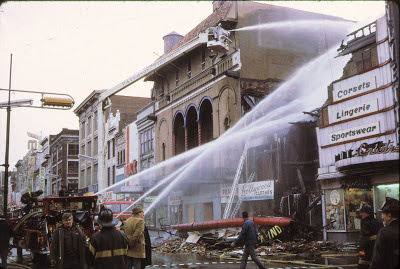 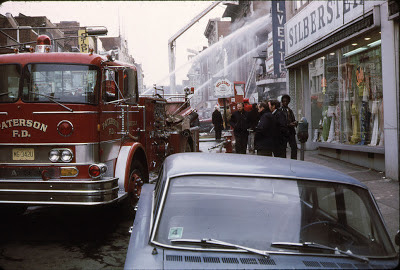 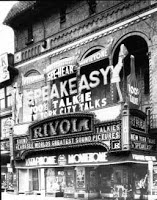 Disaster struck on the 34th anniversary of the Quackenbush warehouse fire and collapse that killed five Paterson firefighters in 1938.
On March 11, 1972, Sylvettes Store, located at Main Street and Broadway, suffered a similar catastrophe.

Four firefighters were injured, including Michael Ross of Truck Company 2, who was trapped under bricks, cinder blocks and other debris.

"I tried to crawl, but my legs were pinned," Ross told the Paterson News. "I was stunned and thought I was a goner."

"I could hear voices saying 'Ross is trapped; we must get him out," he said. "Next thing I knew, I was in the hospital."

Adjacent businesses suffered varying degrees of damage in the general alarm fire that raged as shoppers filled streets on a Saturday afternoon.

Falling debris stuck a street light, sending it crashing into the fire department's snorkel and  rocking the men in the bucket, the News said.

Debris also crushed the side of a new pumper assigned to Engine Company 5, which lost men in the Quackenbush disaster.

Sylvettes, which sold ladies coats and dresses, was owned and operated by Al and Julius Gladstone. It was located next to the old Rivoli Theater, which opened in 1923 and was converted into shops.

The blaze was declared under control at 6:30 p.m.
Posted by PATERSON FIRE JOURNAL at Tuesday, September 20, 2016