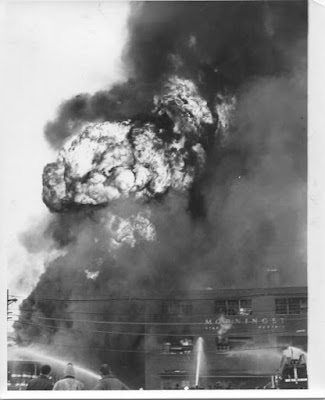 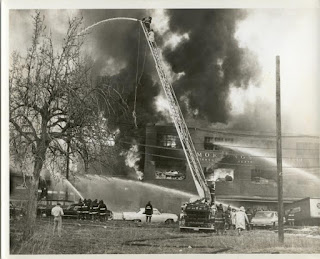 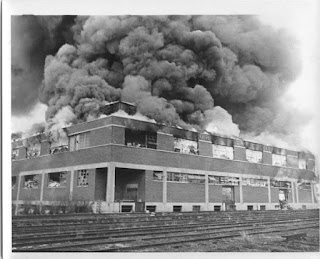 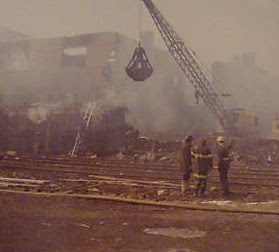 On Feb. 17, 1967, firefighters from across North Jersey responded to Hawthorne for a series of explosions that killed 11 workers at a chemical plant.

Sixteen others were injured, some seriously.

The force of the blasts flipped a railroad box car on a track adjacent to the shattered the three-story plant.

Investigators suspected a buildup of dust triggered the blasts. 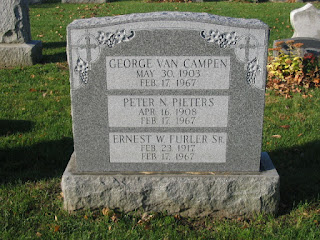 Working in the glare of floodlights, disaster crews early this morning recovered the body of one man from the debris of the Morningstar Paisley Division of the International Latex Corp. The victim was not identified pending the arrival of a coroner.

Wives and children of some of the missing men waited in driving snow through the night and early morning while rescuers dug through the ruins of the plant, blasted apart Friday near the noon hour.

Half of the 16 persons injured in the tragedy were hospitalized today, several in serious condition.

Standing in sub-freezing cold through most of the night while 150 rescuers picked through the smouldering ruins, Mayor LOUIS BAY II said the victims faced "certain cremation" when the explosions ripped through the plant.

"I'm sure we will not find them alive," he added grimly.

The enormity of the ruins made recovery operations difficult.

The plant manufactured preservatives for foodstuffs and adhesive materials.

The first explosion thundered through a three-story building in the block-long, L-shaped complex. Other blasts followed and the raging flames swept the rest of the plant, which included an attached one-story structure and a separate one-story building.

What touched off the explosions was a mystery.

"We are completely puzzled by this," said MAX FELLER, executive in the firm's New York City office. "The most explosive things we manufacture are food preservatives made from ground starch. How inflammable is starch?"

Another report said the explosions might have started in an oven used to roast corn starch and make dextrine from it. It said accumulated dust in the area could have caused a spontaneous explosion.

HARRY SHORTWAY, an off-duty policeman from Ridgewood, N.J., raced into the three-story building while explosions were still popping and bricks flying. As he went in, a man ran out afire, screaming. Firemen directed hoselines on him to put out the flames.
Lebanon Daily News, Penn., Feb 18, 1967 via GenDisasters.com
Posted by PATERSON FIRE JOURNAL at Tuesday, September 13, 2016