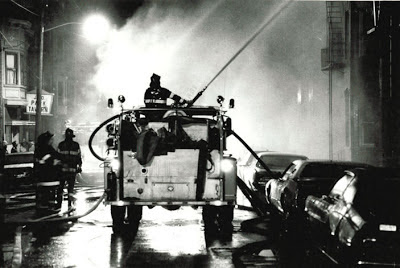 
On Oct. 15, 1981, a spurned suitor set a 4-alarm arson fire that raced through a four-story tenement at 87-89 Park Avenue in Paterson, killing eight people and injuring two dozen others.

"Families in an adjacent building were forced to flee when flames jumped across a small alley," The New York Times reported.

Box 11 was transmitted shortly before 3 a.m. and firefighters, back in quarters from an earlier third-alarm blaze, responded to a chaotic scene.

Gasoline was poured throughout the tenement, blocking exits.

"First-arriving companies encountered a mass of flame over the entire facade of the building, engulfing both fire escapes and the central stairway. The tenants, most of whom were asleep at the time, were trapped on all four floors.

"Six people who had jumped from upper windows were lying on the ground outside. People were standing at numerous windows and were dropping children into the arms of fire fighters and civilians assisting at the scene.

"To complicate the situation, the fire jumped a 6-foot alley and spread to a fully occupied similar building of four stories.

"First-in companies set up master streams to knock down the flames over the outside fire escapes. This action enabled truck companies to ladder the front of the building and rescue at least a dozen persons."

Firefighter Elliot McGuire rescued members of a family trapped by the thick smoke and flames, according to United Press International.

McGuire raced up and down a ladder, removing a 10-year-old boy, a woman and a man from a third-floor window. He then "groped in the dark" and found an unconscious 9-year-old boy in a rear bedroom, UPI reported.

The other fatalities were identified as Gloria Hendley, 26, and Ramon Diaz, 56.

Leonides Garcia, 37, was convicted of setting the blaze, Fire Engineering reported. Police said Garcia had been "making passes" at a tenant for several months and she wanted none of it, according to UPI.
Posted by PATERSON FIRE JOURNAL at Thursday, October 31, 2019 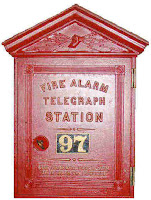 On Nov. 24, 1935, fire struck the Christian Sanitorium in Wyckoff. Two patients died in the blaze that destroyed one of the sanitorium's five buildings. Paterson, Hawthorne, Midland Park and Franklin Lakes provided mutual aid. Nurses saved many patients. The victims were identified as Barbara Sinke, 47, of Prospect Park, and Mary Duke, 77, of Bayonne, according to an Associated Press story in the St. Petersburg Times in Florida.
Posted by PATERSON FIRE JOURNAL at Thursday, October 31, 2019


On Nov. 8, 1956,  a twin-engine aircraft flying in rain and fog clipped a giant television tower in North Bergen and crashed into an apartment building, spewing flaming fuel and scattering parts over several city blocks.

Four people died and 15 others - including a dozen firefighters - were injured, according to the Associated Press.

The pilot and passenger of the plane flying from Indianapolis to New York City were among the fatalities as was a woman who  "jumped five stories to the street in panic as the building burst into flames," AP said.

"The impact of the crash shattered a part of the southwest wall of the multiple dwelling and the main portion of the plane was imbedded in the top floor," the magazine Fire Engineering reported. "Ruptured fuel tanks sprayed gasoline over the entire south wall starting a fire that involved that face of the building.

"In addition fire involved the entire top floor and the cockloft," the magazine said.

An aircraft engine hit a garage at the Immaculate Heart of Mary Chapel School, where more than 200 children were in attendance, AP reported.  Witness Dorothy Mounet said landing gear "bounced like a basketball behind a moving car."

Engine 1, Engine 4, Truck 1 and the emergency squad responded on the first alarm at Box 415 at 77th and Broadway. Upon arrival, Acting Deputy Chief Theodore Fletcher ordered a general alarm, including mutual aid from neighboring cities to fight the fire and fill in North Bergen's fire stations.

"The fire from the sprayed gasoline had ignited the wooden window casings of the building and the first fire fighting efforts were devoted to preventing the spread of the blaze from this fuel.

"Two deck pipes were used to wash the side of the apartment house and quickly stopped the fire on the exterior. It was later determined that the only places the fire had entered the building from this source was through windows broken by the intense heat. Spray from the deck pipe streams was sufficient to put out these interior fires.


"When the outside wall fire had been extinguished, all efforts were directed at the fire on the top floor and in the cockloft. 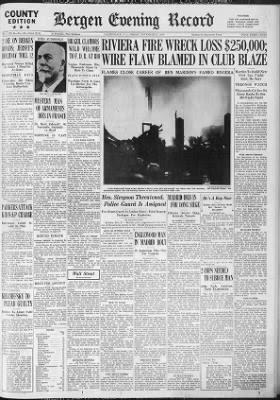 Flames "spread so quickly that Fort Lee's four fire companies, reinforced by two from Englewood Cliffs, could do little" to save the wooden structure, the Associated Press reported.

The club was open earlier in the day - Nov. 26 - for its annual distribution of 500 Thanksgiving baskets to needy families.
Posted by PATERSON FIRE JOURNAL at Friday, October 25, 2019

On Friday, May 13, 1949, a truck hauling 80 drums of a restricted chemical from Jersey City to Manhattan triggered a fire inside the Holland Tunnel that blistered the tiled interior of the Hudson River crossing.

The blaze started about 3,000 feet from the New Jersey portal.

"The fire was very difficult to extinguish due to thick smoke, heavy fumes and close quarters, requiring the assistance of both the New York and Jersey City fire departments," according to the Port Authority of New York and New Jersey.

The tunnel's ventilation system helped save the day.
"Firemen entered the eastbound tube from the New Jersey entrance and worked their way through two lanes of parked vehicles formed by more than 100 automobiles, buses and trucks," the port authority said.

The Holland Tunnel disaster injured more than 60 people and led to the death three months later of a New York City firefighter, Battalion Chief Gunther E. Beake, who was overcome by smoke and chemical fumes.
Posted by PATERSON FIRE JOURNAL at Thursday, October 24, 2019 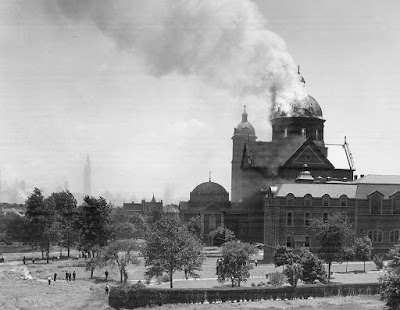 A dozen people were hurt. A worker's torch apparently sparked the blaze.

"The entire interior of the 65-year-old structure was destroyed," The New York Times said. "The great copper dome crashed into the nave from a height of 200 feet.

"When the flames were brought under control, only the walls of the church and the stone part of the two façade towers were standing," the Times said.