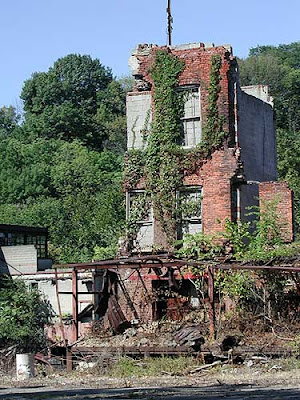 On June 24 of that year, Box 176 was transmitted at 3:55 a.m. for the Allied Textile Co. mill at 1 Van Houten St. Ten or more firefighters suffered minor injuries at the blaze. 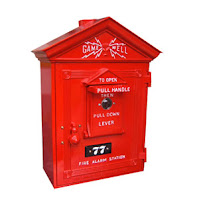 
PATERSON, N.J. (AP) -- Three children and their grandmother, who authorities say were just yards away from safety, have died in an apartment fire here.

Editor's Note: Your editor was a teenage volunteer at the Greater Paterson General Hospital in Wayne when one or two of the fire victims, covered in soot, arrived at the emergency room in cardiac arrest. I remember that one of the firemen was still donned in his turnout gear at the hospital. The emergency room smelled of smoke. As I recall hearing it, some of the victims sought refuge under a bed.
Posted by PATERSON FIRE JOURNAL at Friday, June 19, 2009 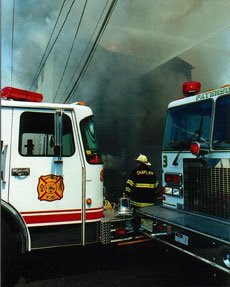 The Rev. John T. Piccione, the Paterson Fire Department's revered Catholic chaplain, died Sunday. He was 44 and known around city firehouses as "the padre."

He had leukemia, said his order, the Franciscan Friars of Holy Name Province.

"Whether at 2 in the afternoon or 2 in the morning, 80 degrees or 8 degrees, he was there with us," said Deputy Fire Chief Joseph A. Murray.

Sometimes Father Piccione showed up in his brown robe. Sometimes he showed up in street clothes. But he always showed up — to minister to first responders at emergency scenes, to offer counseling and to preside at weddings, baptisms and funerals.

Sometimes he visited firehouses just to watch a ballgame with the guys.

"Everything a priest does in his own parish, he did for us, and then some," Murray said. "I once called Father John and got him while he was at a cardiologist's office waiting to take a stress test. He said, 'I'll be there in five minutes.'

"We are never going to fill his shoes."

Father Piccione, also chaplain for the West Paterson Volunteer Fire Department and Passaic County Prosecutor's Office, was known to fire and police agencies throughout Passaic and Bergen counties. When Fair Lawn Police Officer Mary Ann Collura was gunned down in the line of duty in 2003, it was Father Piccione who went to St. Joseph's Hospital and Medical Center to bless her body, Murray said.

Father Piccione was introduced to fire chaplaincy by the Rev. Mychal Judge, a fellow Franciscan who was the New York City Fire Department chaplain.

Judge's death on 9/11 — he was giving last rites to a fireman at the World Trade Center when he was struck by falling debris — deeply affected Father Piccione.

"He'd take me along, and he told me if I had any chance to become a fire chaplain, I should do it," Father Piccione said of Judge in 2003.

On Labor Day 1985, fire leveled 18 factories and 23 homes in the City of Passaic and led to the death of a mutual aid firefighter.

The disaster crippled the local economy, destroying businesses and putting more than 2,000 people out of work.

Police arrested two boys, ages 12 and 13, for starting the the blaze at the Gera Mills Industrial Park on Sept. 2, 1985.

''They have admitted to setting the fire,'' Passaic Mayor Joseph Lipari said at a news conference at City Hall. ''They stated they were playing with matches.''

Passaic firefighters were crippled by a lack of water, staffing shortages and antiquated radio communications and relied on mutual aid from from across North Jersey.

Koenemund, described as "100% fireman" by a chief officer, was working the ladders when he took ill, the Hudson Reporter said.

Eleven other firefighters were injured.


Stephen Geosits III, a rookie firefighter at the time, recalled "an old-timer firefighter saying to me, 'Hey, kid, take a look at this, 'cause you're never going to see this again.' "

In a story marking the 25th anniversary of the disaster, NorthJersey.com said:

Investigators traced the fire's source to an alleyway between two six-story factories at 122 and 130 Eighth St., where two boys tossed matches into a refuse bin containing naphthalene, a highly flammable chemical used to make mothballs. Once lit, the fire spread rapidly between buildings and from one side of the street to the other.


Fueled by chemicals stored in some of the Eighth Street factories, the fire spread quickly, consuming six industrial buildings. Low water pressure from hydrants and a strong wind compounded firefighters' troubles extinguishing the blaze on the particularly warm day. More than 100 hydrants in the area had been shut to prevent people from opening them to cool off during the summer.

In addition, a 100,000-gallon water tank that fed firefighting appliances had sat empty and inoperable for at least two years before the fire.

In all, 300 firefighters from 39 departments worked for 12 hours to control the blaze, which smoldered for weeks. 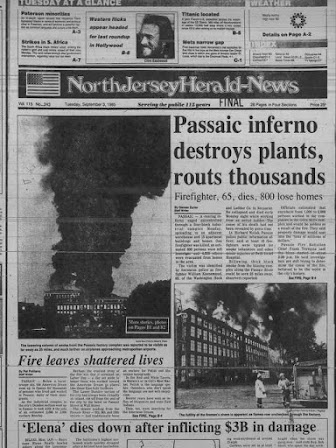 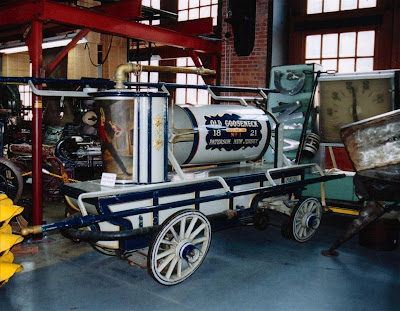 Special to The New York Times.

This is the same auto in which Charles Cowley, then Secretary of the Passaic Board of Education, and Lieutenant James J. Delaney were killed five years ago when it ran into an iron telephone pole. Since then it has been known as "the car of death, " and many firemen have refused to ride in it.

Maybe their baseball field was washing away. They cunningly approached their matron. Didn't she want to know if the rain had damaged her garden? She did. She said they might go out if they were careful to put on raincoats and rubbers.

A quick look at the garden showed that it was all right. Closer inspection of the baseball diamond, where they played with worn-out canvas gloves and three damaged bats, was equally reassuring. Then the boys saw something else. A washout had completely carried away the ballast from under a section of track on the nearby Erie R. R. right-of-way!

Aware that an 8:10 commuting train was soon due, the boys pulled off their raincoats, ran down the track waving them wildly. The engineer said that if the boys had not been spry they would have been killed as he jerked his train to a stop, saving the lives of 500 passengers.

The grateful Erie promised a handsome award to the young Passaic heroes. The Mayor & Commissioners of Passaic planned to strike medals in their honor. Photographers and reporters flocked to the asylum. Was there anything they particularly wanted done? Yes. said the boys. Just make sure Babe Ruth heard about them.

Following Saturday, Passaic's small heroes met some of their big heroes at the circus in Manhattan. Clyde Beatty. tamer of lions and tigers, shook their hands and gave autographs. Hugo Zacchini, the human cannonball, greeted them. Gene Tunney came over to say hello. Max Schmeling invited them to his training camp at Oak Ridge, N. J. Babe Ruth, who sent each boy a telegram, will have them up to the Yankee Stadium soon, promises to try and knock a home-run in their honor.
Posted by PATERSON FIRE JOURNAL at Thursday, June 18, 2009