ALL IN THE FAMILY, PATERSON STYLE 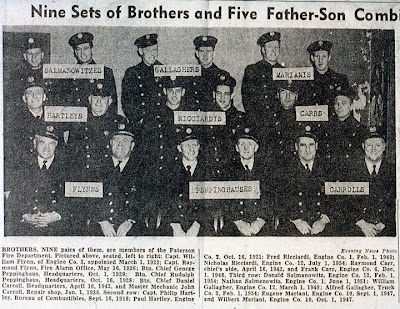 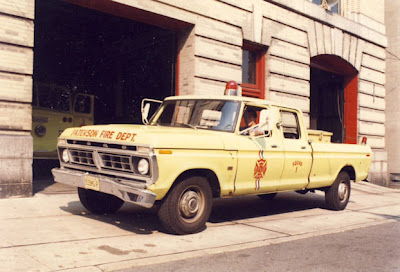 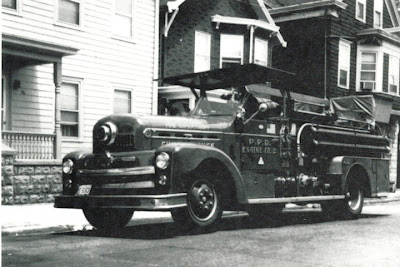 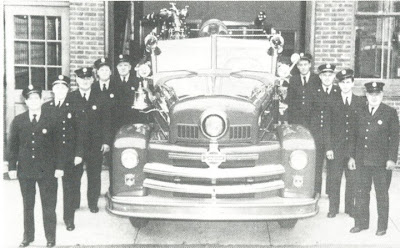 Photos: Paterson Retired Firefighters Facebook
1953 Seagrave pumpers assigned to Engine 2 and Engine 8. Engine 2 is equipped with a makeshift roof for the open cab to protect crews during the race riots of the 1960s. This was a common practice in many cities.
Posted by PATERSON FIRE JOURNAL at Monday, February 28, 2011 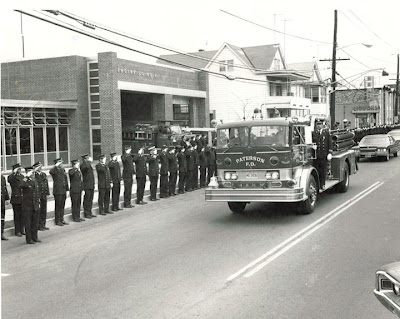 
On March 1, 1973, Capt. Frank Mancinelli, of Truck 3, was fatally injured at a three-alarm fire on Paterson Street. Mancinelli, 49, died at St. Joseph's Hospital after falling down a 40-foot airshaft, according to The New York Times. Two years later, firefighters mourned another of their brothers. Capt. Fred Armona died in a fire and collapse at the Fourth Christian Reformed Church in April 1975.
Posted by PATERSON FIRE JOURNAL at Monday, February 28, 2011 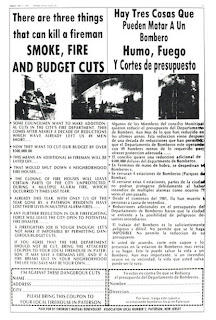